During World War II, a group of enthusiastic young men with a passion for skiing enlisted in a new division of the United States Military called the 10th Mountain Division. The Division had a major impact on the allies, breaking up the German Gothic Line and were essential in ending the war quickly and efficiently. Not only did the division have a major impact on winning the war, but on the creation of the modern ski industry.

The 10th mountain division was a major influence on the ski industry in Colorado and the post-war ski economy. Their influence increased the popularity of the sport, creating Ski Resorts in Colorado, and impacting nearly every part of the industry. The ski industry would have never taken off after World War II if it was not for the 10th Mountain veterans. 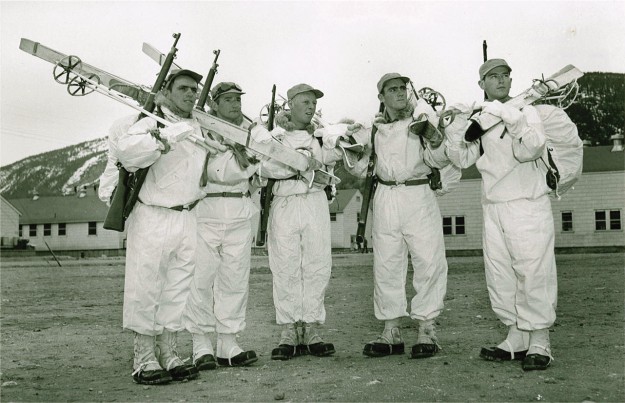 Photo Courtesy of National Association of the 10th Mountain Division

The 10th Mountain veterans made it possible for middle class Americans to get involved in recreational skiing and improved many ski technologies, making skiing easier to learn. One way that the division helped middle class Americans get access to skiing was by providing affordable gear. After the war, a surplus of war ski gear was put onto the market, driving prices down. Many people who could otherwise never afford the sport now were able to actively participate.

Also, skiing became easier when veterans began inventing new technologies and working with people such as Howard Head to improve skis, creating the first ski that shortened the learning curve.  In 1947, Howard Head designed the “Head Standard” ski that was easier to use, less breakable, and was more affordable than other wooden skis. Many 10th Mountain veterans worked with Head to help him develop the skis because they were the most well trained skiers in the country and knew how to make a ski that worked for thousands of people. Head Skis continue to be one of the most popular ski brands. Without the 10th Mountain veterans, skiing would not be as accessible to the average American. 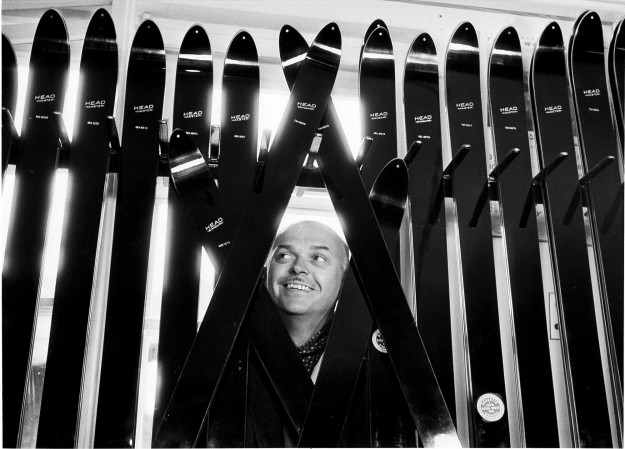 After the war, many 10th Mountain veterans grew to love Colorado because of their training at Camp Hale in Leadville. A love for skiing and of Colorado created a perfect mix for veterans to create ski areas in Colorado. In 1946, 10th mountain veteran Lawrence Jump set out to create the first ski area in Colorado, Arapahoe Basin, created almost entirely with help from 10th mountain veterans (Celebrating it’s 70th season). Veteran Earl Clark became a member of the National Ski patrol and volunteered as the head ski patrol at Arapahoe Basin, veteran Wilfred Davis designed the trail maps and made sure they affected as little wildlife as possible, and Veteran Merrill Hastings was the head of the construction in building Arapahoe Basin.  Shortly after the creation of Arapahoe Basin, veterans Friedl Pfeifer,  Percy Rideout, and John Litchfield founded Aspen, officially opening in 1947.

Many 10th Mountain veterans were essential to the creation of Aspen. Friedl Pfeifer was the original founder of the resort and made it possible for it to become a popular ski destination. Fritz Benedict was the lead zoning and planning chairman and was essential in creating the resort. Veteran Curtis Chase lead the Aspen ski patrol starting in 1946 and played a role in developing the ski school. They also revolutionized the “basic turn” now known as the American Ski Technique. Veterans Wilfred Davis and Ted Ryan created runs and trail maps.

Although there were no other 10th Mountain veterans that founded ski resorts in Colorado, many of them obtained executive positions and were the reasons that resorts such as Breckenridge and Steamboat were able to thrive. Breckenridge Ski resort was founded in 1961. Veteran Paul Duke was the executive manager of Breckenridge for many years and was essential for its increase in popularity. Steamboat Springs was created in 1963 and Veteran Gordon Wren, who placed fifth in ski jumping in the 1948 Olympics, started the youth ski program. Wren was essential in creating the popular “ski town USA”, and the youth ski program, has now produced more US ski team athletes than any other ski area in the nation.  Not only did veterans start ski resorts in Colorado, but across the country. Earl Clark highlights this by saying, “you can take what happened in our industry here in Colorado and place it all over the United States, because 64 ski areas were started by or operated by the men of the 10th after World War II.” Without the effort of countless Veterans on ski resorts in Colorado, the entire dynamic of the state would be different. 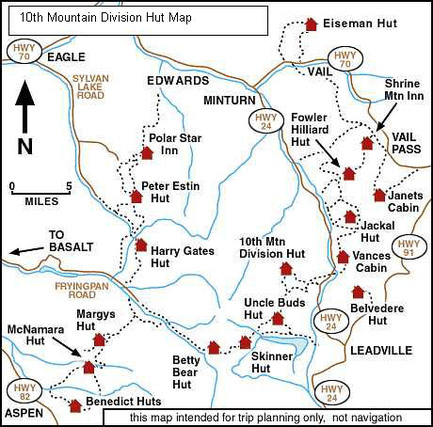 The 10th Mountain Division is an extremely popular group of huts that people can ski to and lodge in.

Also, veteran Fritz Benedict created the 10th Mountain Division hut system, which is a trail system with multiple huts stretching from Vail to Aspen. In 1980, Benedict linked 30 miles of trails and built over a dozen huts in the mountains between Vail and Aspen. The inspiration for creating this hut system was the experience that Benedict had at Camp Hale, he believed it was “…the way skiing started. It was simple and a lot of camaraderie…it’s getting back to the way skiing was started, and to preserve that is so important.” Veterans  Carl Stingel, Pete Seibert and Dick Wright also helped Benedict create the Hut System.The hut system is enjoyed by thousands annually. 10th mountain veterans also influenced many other aspects of the ski industry. Many veterans went on to become professional skiers participating in many Olympic skiing events. Veterans also created Skiing magazine, which was the first of many ski magazines that have a major impact on skiers around the country . The 10th Mountain Division influenced nearly every aspect of the ski industry.

The 10th Mountain Division ski troops were the driving force behind the entire ski industry’s rise after World War II. Their passion for the outdoors combined with their experience and love for the mountains helped shape the ski industry in countless ways. Without the division, skiing’s popularity would never have increased, many ski areas in Colorado would not have been created, and nearly every other aspect of skiing would have been different than it is today. The 10th Mountain Division directly shaped the modern ski industry.

~McKenzie Hart
McKenzie is a Senior class woman at Summit High School in Breckenridge, Colorado. She is a passionate, ripping skier who is currently a member of Team Summit on their Big Mountain team.

Feature Image: Courtesy of the National Association of the 10th Mountain Division 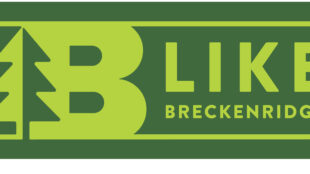